Sree Narayana Guru, our guiding spirit, a great visionary, saint, social reformer, spiritual leader and educationist, propagated among the mass the ideal of 'One Caste, One Religion and One God for Mankind'. Guru stood for the upliftment of the socially marginalised and his preachings influenced the world as a whole. He has followers all over the world. Great poet Rabindranath Tagore's (1922) and Mahatma Gandhi's (1925) spiritual encounters with Guru show their admiration and love for Guru. Guru had composed several hymns in different languages. The prime among them are Atmopadesa Satakam, Darsanamala and Daivadasakam. 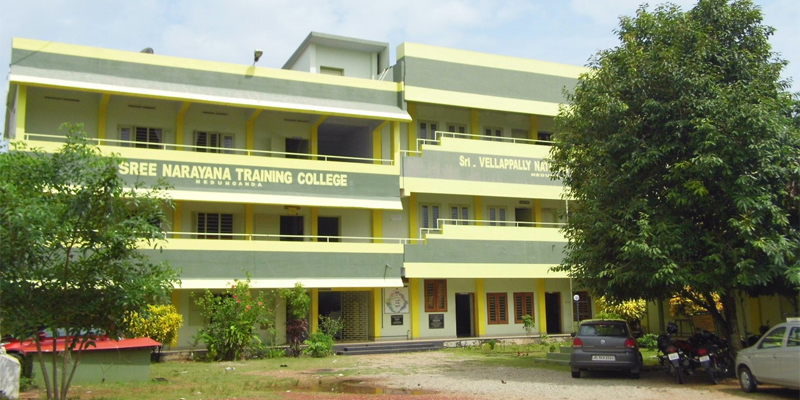 Sree Narayana Training College is committed to build up a group of enthusiastic teachers for leading the future generation of the country. We provide the holistic education with a view to enrich and empower the multifaceted talents of the future teachers. The experiences provided to the student teachers equip them to meet the challenges and changes in the global educational scenario.

We strive to uphold our motto and make it more sound and distinguished. Our value based education helps the younger generation to rejuvenate and bloom the future generation. Thereby, the institution realizes the mission on
"ENLIGHTENMENT THROUGH EDUCATION" 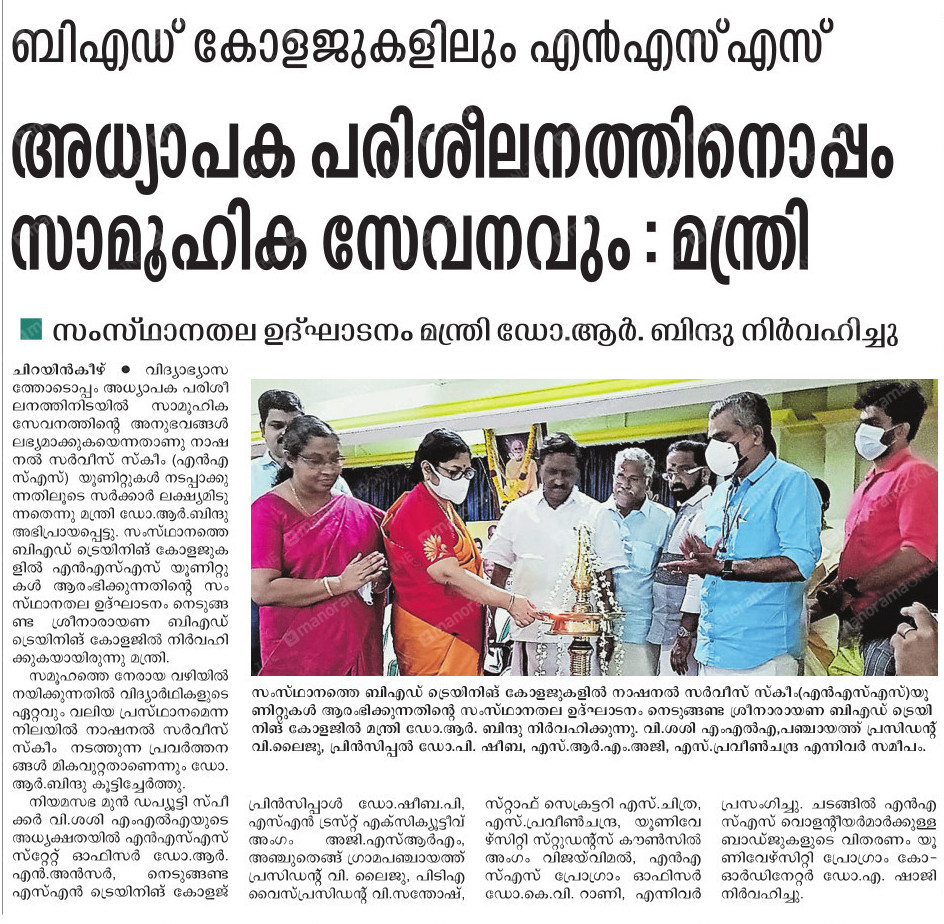 All Kerala Inauguration of NSS Units in Training Colleges International Yoga Day will be observed on 21st June 2018 at College Auditorium. 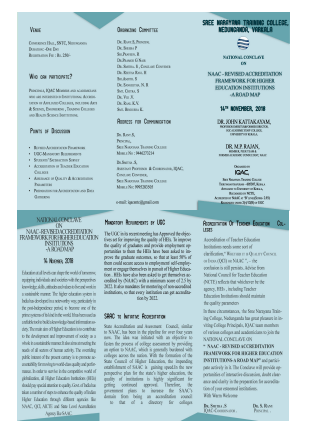 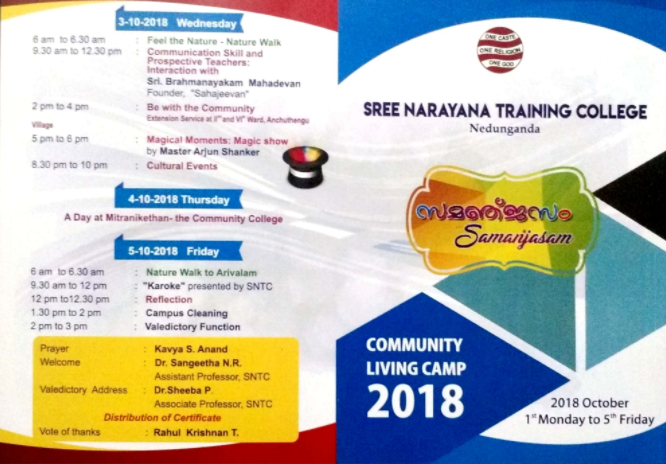 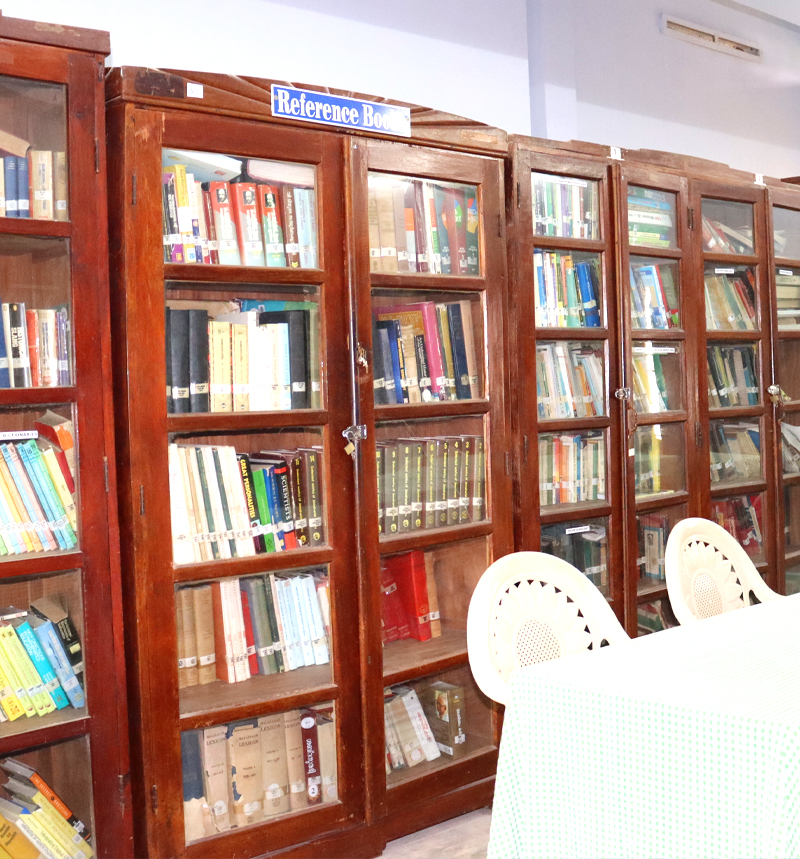 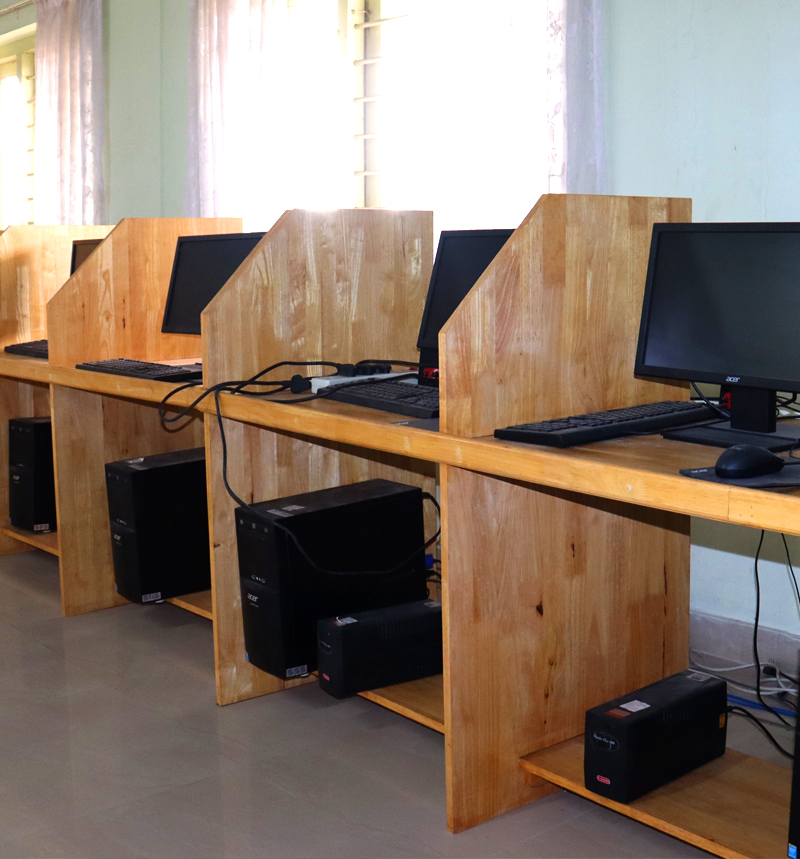 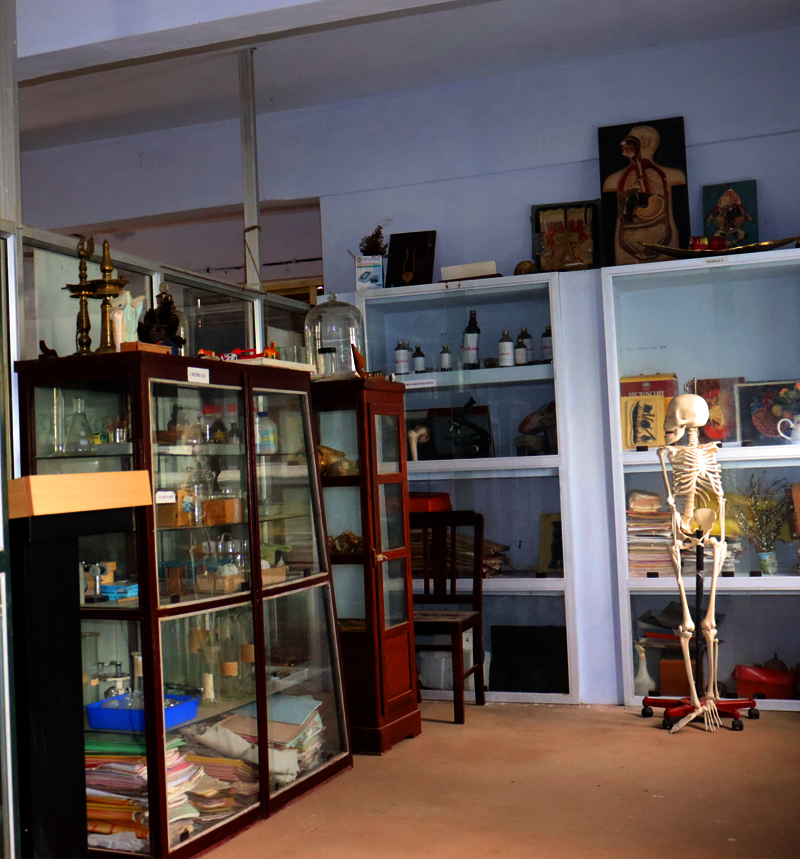 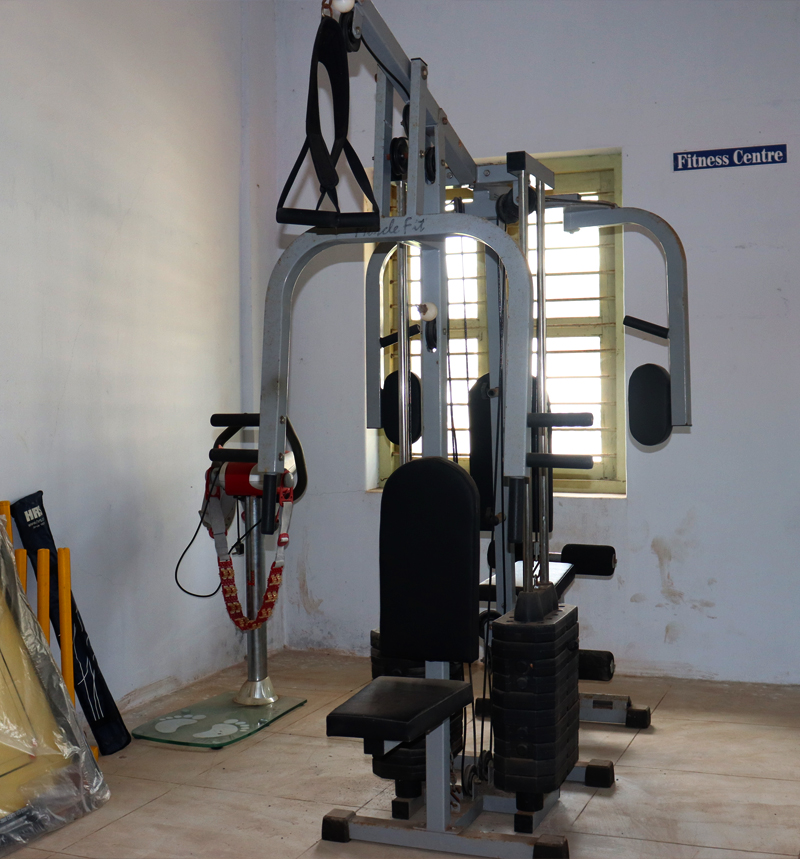 The central library is well stocked and fully computerized with OPAC facility. The resources include books, journals, encyclopedias, periodicals, news papers, on-line resources and reprographic centre. The library has a comfortable reading room with a seating capacity of 50. It remains open on all w

The Auditorium serves as a multipurpose hall meeting the varying needs of the college. It is having a seating capacity of 200 . The auditorium hosts various curricular, cocurricular and cultural activities of the college

The Psychology Lab is equipped with test materials including verbal, non-verbal and apparatuses required for the teacher education curriculum. The lab experiences aim at the familiarization of various tests and experiments among student teachers.

Gymnasium houses a variety of equipments for balancing study with recreation. It is available to use for students and staff during recess time and evenings. 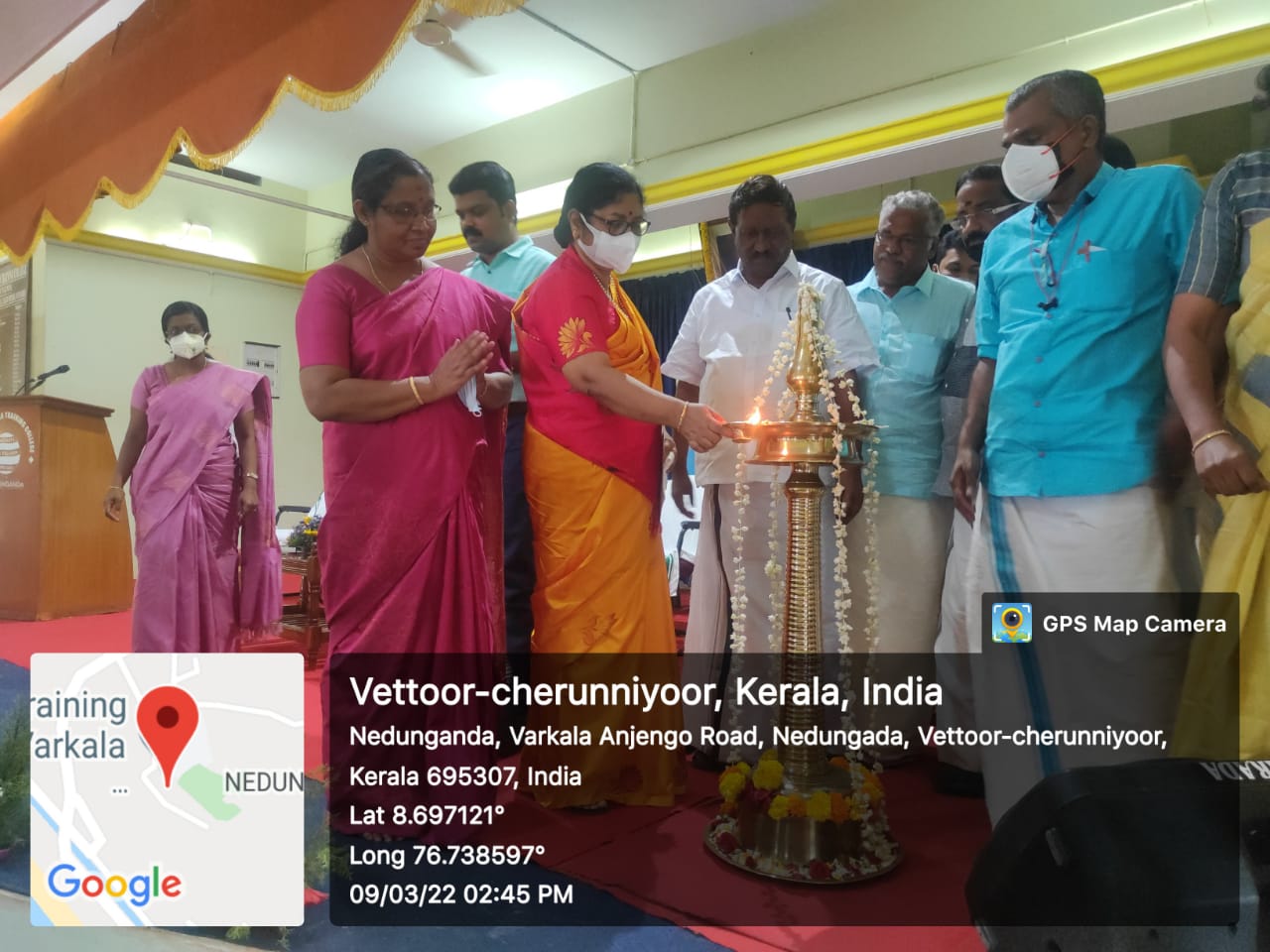 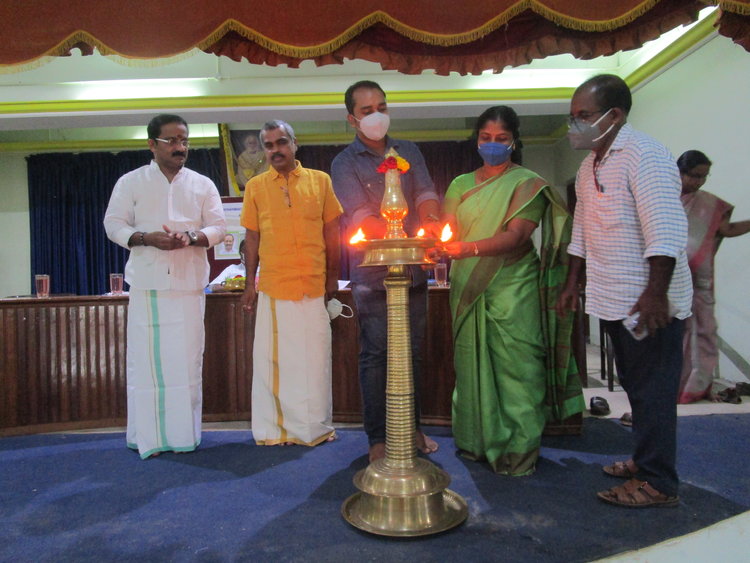 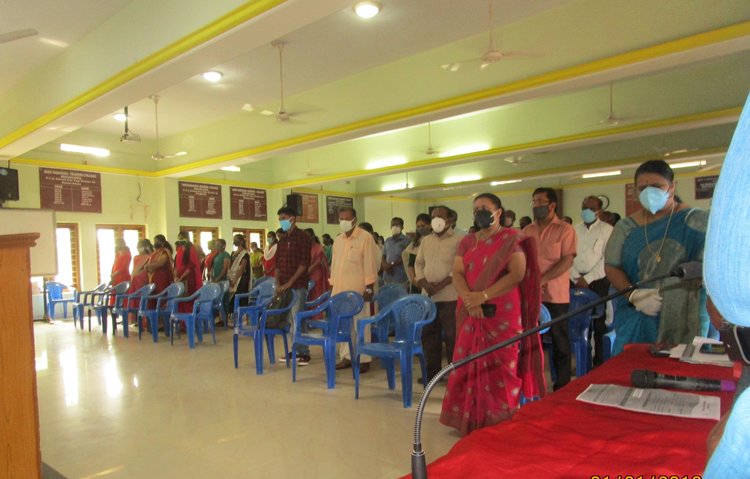